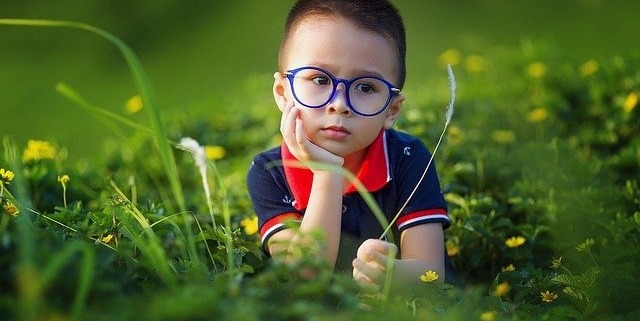 It’s easy to reflect on the ”good ol’ days” of childhood before bills, work and responsibilities took us by surprise. But, being a child in 2021 isn’t what it’s cracked up to be. (And the worst part: the ramifications are more troubling than you think).

Take a look at the day of a modern child:

Morning television shows have been replaced with a scroll through Instagram…

And on top of that – kids are now creating and watching a montage of video mashups on TikTok all whilst they message their classmates on Facebook!

Sound exhausting yet? We think so!

In Australia, Mobile Device usage has increased exponentially to the point it is often described as addictive.

90% of Australian teens between 14-17 own a smartphone (Roy Morgan 2016), and 2 out of 3 primary-school-aged children own a mobile-screen based device (Australian Child Health Poll 2017).

The increased usage of digital devices is something we all should be concerned about.  Issues related to cyberbullying, access to inappropriate content, newly-established social patterns, and distractions from school work have all risen to the surface,.

However, the most worrying part is that these issues aren’t all speculation. Student engagement surveys show that around 15% of students have experienced cyberbullying, at least once, in the past month (TTFM 2018).

In fact, mobile phone distraction are a probable cause for the slide in average Math, Science, and Reading scores (PISA rankings)(Baker 2018).

The world is getting smaller.

Thanks to the internet, we are have been brought closer to loved ones, family and friends by the click of a button.

But what about talking to a person the old fashioned way?

You know what we mean: talking face-to-face.

So, is your child’s mobile phone hindering their social development?

According to studies, mobile phone usage has been reported by 82% of people to occasionally hurt or kill the atmosphere of social gatherings (Rainie & Zickuhr 2015).

It’s no wonder that in France, smartphones are even banned in schools because of ‘mobile’s limit face-to-face interaction.

Australia is slowly catching on, with some schools implementing bans on mobile digital device use.

However, the effects of reduced social interaction are far more severe than you think…

Decreased social interaction due to increased phone usage has been linked to lower levels of psychological well being.

Most interestingly – students who only spent a few hours a week communicating with their peers online were reported as the happiest (Twenge et al. 2018).

Are you worried about your child’s safety online?

Don’t worry, you’re not alone. 95% of parents cited online safety as ”very important” – even ranking as a more significant concern than illegal drugs, smoking and alcohol use (Life Education 2018).

In these uncertain times, there are concerns about the rise of ”sexting”. ”Sexting” is ”sending or posting of sexually suggestive text messages and images, including nude or semi-nude photographs, via mobiles or over the internet” (Cooper et al. 2016 p. 2).

Another concern is the impact on the physical health of children with ‘today’s changing media and communication patterns.

Social media usage was found to be correlated with higher sedentary time for students aged between 10-15 years (Sandercock et al. 2016).

This was also verified in another study where children aged between 9-16 years reported lower levels of physical activity in comparison to those who used their smartphone less (Csibi et al. 2016).

What Can We Do?

Believe it or not, it’s not the end of the world.

In fact, there are options out there for your children to thrive through the day-to-day of the 21st Century.

See, a lot of this “addictive” digital behaviour is actually driven by habit.

By habit, devices and social media platforms have positive feedback loops built into them. These feedback loops encourage addictive device behaviour that keep your kids glued to their devices.

How do we come overcome this?

It may sound crazy. We know – it’s almost impossible to snatch their phones out of their hands. Yet there still is hope!

A much simpler way to overcome this device mania is through the use of substitution. Get your kids involved in fun, rewarding and challenging activities.

This can be done by placing your child in a stimulating environment. Put them in an environment where they are surrounded by peers and are set to work on challenging tasks that require teamwork, camaraderie, trust and a touch of hard work!

When it comes to a stimulating environment, there’s no comparison to the great outdoors. A venture into the great outdoors is a sure way to experience nature’s beauty first hand, instead of digesting their ‘friend’s selfies in their news feed – for once.

The supportive setting at Baptist Camping Victoria sites provides a beneficial environment to stimulate learning, growth and most of all, fun. Camping experiences have been shown to increase self-esteem, confidence, happiness, and attainment.

The best part about it? You don’t have to worry about the messages and information they’ll be fed during their experience, so you can rest assured knowing your child is one step closer to the kind of childhood you had!